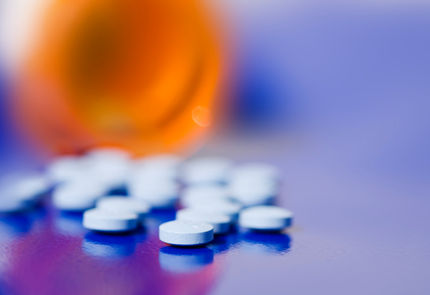 There is no cure for PBC at present. Ursodeoxycholic Acid, at a daily dose of 13-15mg/Kg, is the only licensed first-line therapy for PBC. Systematic analysis of the results of controlled trials of ursodeoxycholic acid in PBC suggest that there is some slowing of the clinical course of the disease, although little benefit to symptoms. Ursodeoxycholic acid treatment is surprisingly free of adverse effects. No consensus exists as to whether patients known to have PBC, but who are asymptomatic, should be treated with ursodeoxycholic acid and, if so, for how long. Current treatment cost is just over £1,000 per year.

Obeticholic Acid is currently the only licensed second-line therapy for those who have not responded to, or are intolerant of, Urso.

Because of the immune nature of the disease, a number of immunosuppressive regimens have been assessed in clinical trials in the past twenty years. The majority of these have either shown no benefit, or unacceptable side effects, or both. A number of controlled trials of, for example, other bile acids, corticosteroids and other treatments, are underway – usually in conjunction with ursodeoxycholic acid. Because of the slow and unpredictable and usually slow clinical course of the disease, treatment and trials are difficult to interpret and advising individual patients about whether to take treatment is difficult. Some patients may remain asymptomatic for twenty years, while others can go from asymptomatic to complicated (portal hypertension), even death, from liver disease within a year or two. Furthermore, the severe symptoms of tiredness and lethargy, sometimes pruritus, can be out of all proportion to the underlying histological, or biomedical, abnormalities. These symptoms do not necessarily respond to ursodeoxycholic acid, or other treatments currently under investigation. Whatever else it may do, ursodeoxycholic acid improves LFTs in the vast majority of patients.

What Treatments Are Available for Other Features Of PBC?

This is best treated initially with Cholestyramine (Questran). Over half of patients with pruritus respond to this treatment which interrupts the entrohepatic circulation, possibly affecting bile acid metabolism, which may be associated with pruritus. Cholestyramine may cause dose-related diarrhoea and other GI symptoms. Cholestyramine binds bile acids and other medications, hence should not be given at the same time as ursodeoxycholic acid, or other regular medication. Second line treatments include Rifampicin, Naltrexone and other agents. Note that these agents may be hepatotoxic and have significant side effects and should be used under expert guidance. Dry skin is a prominent feature of the pruritus, so liberal use of skin moisturisers is strongly recommended.

Some patients have markedly raised serum cholesterol. As with other patients this can and should be treated – preferably with a fibrate or statin but it must be remembered that the increased cholesterol levels may be due to lipoprotein X and there is little evidence of an increased risk of cardiovascular complications.

Since PBC occurs most frequently in post-menopausal women and cholestatic liver disease may contribute to osteoporosis, consideration should be given to assessing bone mineral density (DEXA Scan). If osteoporosis is present, treatment is as for any other patient with osteoporosis.

Prescribing for patients with PBC:

In general, liver function is well preserved until late in its clinical course. This means that most medications can be given in a normal fashion. Because PBC is a cholestatic disorder, sex hormones should not be given without a strong indication. Paracetamol is usually safe in all stages but should not be given at more than 3g/day. Other drugs should be used as with other liver diseases.