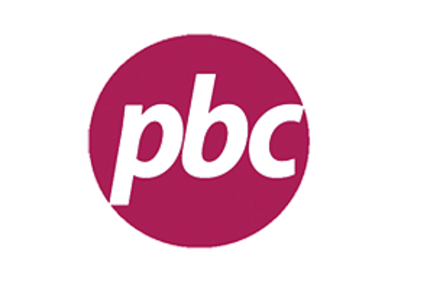 The Foundation was delighted to pilot the first ever Outward Bound weekend for the children, grandchildren, nieces and nephews of our registered service users.

The Loch Eil centre was situated in one of the most scenic parts of the west coast of Scotland, near Fort William. You can imagine the children’s delight when they discovered we were situated next to the Harry Potter Railway and that the train passed a couple of times a day.

Robert and I accompanied the children for the weekend, unsure of what we were letting ourselves in for as to how arduous the activities would be!!

On arriving at the centre, everyone, (apart from me, someone had to take the photographs), changed into shorts and t-shirts and made their way to the pontoon at the side of the loch. They all, including Robert, jumped into the warm loch, there were a few shrieks as they entered the water!

After a warm shower, change of clothes and tea, we prepared for the evening activities which consisted of the “Spiders Web” challenge and a “Climbing Wall”. The groups task was to problem solve, agree how they were going to complete the tasks, and in which order within a pre-set time frame. The group discussed and formed a plan, and did indeed complete everything within the time set.The evening ended with a delicious hot chocolate, cookies and a chat.

We had an early morning wakeup call at 7am for breakfast and prepared for the first activity which was Gorge Walking. Again, I was the camera girl, so Robert was unfortunately going to get wet again!!

The afternoon activities involved heights which I knew there was no escaping, camera girl or not! I am absolutely petrified of heights, but before we could blink, Robert and I were harnessed and ready for The Jacob’s Ladder. This was an extremely high static ladder made from rather large telegraph poles. Each team and individual set a target ofhow many “rungs” they would attempt to reach, we all gave our best, and achieved everything we set out to do with some exceeding their own expectations which was fantastic in overcoming their fears.

The next challenge was The High Trapeze which we all took part in however; I think I actually had taken leave of my senses by that time as I begged to go first. This involved climbing a very high pole with a tiny circular platform at the top. The aim was to stand on the platform and then reach out and jump into the air trying to grasp the trapeze swing.

Most of the group did so successfully but for some of us, just being able to climb the pole and sit on the top was a major feat.

The evening challenge involved a zip wire, a river, a forest and darkness, I am sure the residents are still recovering from the screams! This was a very popular activity with the group. They worked extremely well together, each undertaking their role seriously as it was vital in ensuring the safety of each person whilst on the wire. Most of the group had several tries on this which was by far, their favourite activity.

We made our way back to the dining hall for our hot chocolate and cookies and the group very kindly set about making cards for their instructor given it was to be a special birthday in a few days’ time.

After a good night’s sleep, when we were given our wakeup call there was a sense of sadness, we had no sooner arrived and it was time for us to leave. However, we had our last few activities to look forward to which again involved heights, harnesses and crates!! The aim of the activity was to two in each group had to build up the crates as high as they could within a time limit and both be standing on the highest crate before the clock stopped.

The last activity saw the group heading down to the loch side to make and design their own raft. On completion of the build, they had to lift into the loch and sail it around the pontoon without it sinking! They did so well and managed the task with ease.

The weekend ended with us gathering around the cairn outside the lodge where the presentation of the birthday cards for the group’s instructor and the certificates of achievement were issued to each member of the group.

There were a lot of smiles but a sadness also, none of the group wanted to leave.

The weekend saw the group gel, form friendships, problem solve, communicate clearly with others, learn to listen to different points of view, push boundaries and face and overcome their fears.

We truly hope that we will be fortunate in the future to run this weekend at some time in the future. It was an experience the group enjoyed and benefited hugely from.

We overcame fears, pushed boundaries and I most definitely embraced “Movement as Medicine”.

In the same week, Linda was in Birmingham at the Pulse Event, which is an exhibition aimed a GP’s. Our aim is to inform the medical profession about PBC. Linda was joined by our local volunteers from the area, Diane and Wendy who were there to raise awareness and spread the word about PBC. There were around 250 members of the medical profession expected at this event. The new leaflets with the name change were handed out to the delegates and a description of PBC given.

Watch this space for our updates……