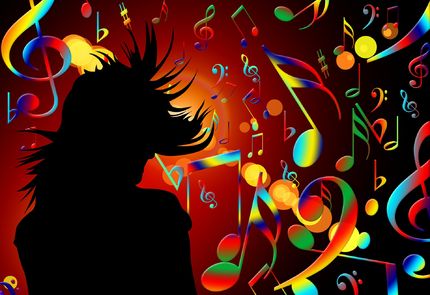 The power of music

In our self-management workshops, we dedicate one session to how music can help you achieve a positive mindset. The sessions themselves go into much greater depth but essentially the principle is that if you are in a state of stress, anxiety, despair, etc then music which you associate with a positive emotion can help shift your state to a positive one.

You need look no further than sportsmen preparing for a match or race, with large headphones on, blocking out external sound and listening to music which elicits an emotion to see how often this is put into practice. Michael Phelps is a famous proponent of this and it certainly worked for him.

There was also a study among teenage tennis players by Brunel University which observed that music, especially that which was connected to another memory or sensation, could have a positive effect on performance.

Another study in Israel by Ben-Gurion University showed that the choice of music played while driving could adversely affect the safety of driving.

Different structural elements of music can determine the mood it elicits e.g. volume, tempo, etc but a clear example is the difference in key, with tunes in the major key being more resonant with happiness than those in the minor key, which are often used to portray sadness.

If you'd like to read more about the music and psychology, the following articles from Scientific American and Frontiers in Psychology may be of interest. We'll also include further links at the bottom of the page.

So what does music have to do with PBC?

Well, in whatever way you find relevant to you. If fatigue is draining you of the energy to do the 30 minutes of physical activity per day which we recommend then play some really upbeat motivational music which you know gets you going.

If you are stressed about a test, or just the added pressure which PBC brings to the normal turmoil of life, listening to soothing classical music which you associate with a relaxed time may give you that breathing space.

So we're trying something a little different just now. We've created a series of Spotify playlists, each themed around a different emotion or mood. The idea is that you use it as medicine for the mind, so if you are stressed, play the relaxing playlist.

What we must say, before going forward, is that it is important to have a degree of self-awareness, especially regarding your mood. We are only listing playlists which insight positive emotions. However, it may be that a piece of music which is uplifting to 99% of the population also happens to be the song which someone's ex used to play all the time and which has negative associated emotions for them specifically. So do check before playing a playlist in full.

We're going to open these up to your suggestions, so that all members of the PBC community can contribute to helping each other. Obviously tastes differ, but its an opportunity to experience some new sounds as well. If you would like any tracks added email rob@pbcfoundation.org.uk and he'll do the honours.

p.s. ok, not all of the audio tracks in funny are strictly music at the moment.